Add to My Show Actions

The first official land speed record was set by an electric car in 1899. Gasoline, steam, and rocket engines took over for the next 100 years, but the last decade has seen a variety of two, three, and four-wheeled electric vehicles setting records in a different classes of competition.

Kevin Clemens is a writer, engineer, and racer who has built several electric land speed motorcycles. Competing at the Bonneville Salt Flats in Utah he has set eight world and six US national land speed records on electrically powered motorcycles.

Kevin has used his engineering skills to repurpose existing components into his record setting machines. He has also employed the latest computational fluid dynamics (CFD) simulations and a wind tunnel more often used by NASCAR teams to fine-tune the aerodynamics of his creations.

Kevin's presentation will start with a brief history of electric land speed racing and will detail the challenges in building and racing an electric vehicle on a shoestring budget. In a true multi-media presentation, Clemens will share photographs, videos, simulation animations, and wind tunnel scale models to help the audience grasp the nuances of high speed travel across the salt flats. 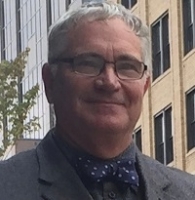